With the shoot-down of Malaysia Airlines Flight 17 over Ukraine turning a local civil war into a U.S. confrontation with Russia, U.S. intelligence veterans urge President Obama to release what evidence he has about the tragedy and silence the hyperbole.

MEMORANDUM FOR: The President

Twelve days after the shoot-down of Malaysian Airlines Flight 17, your administration still has issued no coordinated intelligence assessment summarizing what evidence exists to determine who was responsible – much less to convincingly support repeated claims that the plane was downed by a Russian-supplied missile in the hands of Ukrainian separatists.

Your administration has not provided any satellite imagery showing that the separatists had such weaponry, and there are several other “dogs that have not barked.” Washington’s credibility, and your own, will continue to erode, should you be unwilling – or unable – to present more tangible evidence behind administration claims. In what follows, we put this in the perspective of former intelligence professionals with a cumulative total of 260 years in various parts of U.S. intelligence.

We, the undersigned former intelligence officers want to share with you our concern about the evidence adduced so far to blame Russia for the July 17 downing of Malaysian Airlines Flight 17. We are retired from government service and none of us is on the payroll of CNN, Fox News, or any other outlet. We intend this memorandum to provide a fresh, different perspective.

As veteran intelligence analysts accustomed to waiting, except in emergency circumstances, for conclusive information before rushing to judgment, we believe that the charges against Russia should be rooted in solid, far more convincing evidence. And that goes in spades with respect to inflammatory incidents like the shoot-down of an airliner. We are also troubled by the amateurish manner in which fuzzy and flimsy evidence has been served up – some of it via “social media.”

As intelligence professionals we are embarrassed by the unprofessional use of partial intelligence information. As Americans, we find ourselves hoping that, if you indeed have more conclusive evidence, you will find a way to make it public without further delay. In charging Russia with being directly or indirectly responsible, Secretary of State John Kerry has been particularly definitive. Not so the evidence. His statements seem premature and bear earmarks of an attempt to “poison the jury pool.”

We see an eerie resemblance to an earlier exercise in U.S. “public diplomacy” from which valuable lessons can be learned by those more interested in the truth than in exploiting tragic incidents for propaganda advantage. We refer to the behavior of the Reagan administration in the immediate aftermath of the shoot-down of Korean Airlines Flight 007 over Siberia on August 30, 1983. We sketch out below a short summary of that tragic affair, since we suspect you have not been adequately briefed on it. The parallels will be obvious to you.

An advantage of our long tenure as intelligence officers is that we remember what we have witnessed first hand; seldom do we forget key events in which we played an analyst or other role. To put it another way, most of us “know exactly where we were” when a Soviet fighter aircraft shot down Korean Airlines passenger flight 007 over Siberia on August 30, 1983, over 30 years ago. At the time, we were intelligence officers on “active duty.” You were 21; many of those around you today were still younger.

Thus, it seems possible that you may be learning how the KAL007 affair went down, so to speak, for the first time;( Collapse )

It became abundantly clear to Snyder that, in smearing the Soviets, the Reagan administration had presented false accusations to the United Nations, as well as to the people of the United States and the world. In his book, Snyder acknowledged his own role in the deception, but drew a cynical conclusion. He wrote, “The moral of the story is that all governments, including our own, lie when it suits their purposes. The key is to lie first.”

The tortured attempts by your administration and stenographers in the media to blame Russia for the downing of Flight 17, together with John Kerry’s unenviable record for credibility, lead us to the reluctant conclusion that the syndrome Snyder describes may also be at work in your own administration; that is, that an ethos of “getting your own lie out first” has replaced “ye shall know the truth.” At a minimum, we believe Secretary Kerry displayed unseemly haste in his determination to be first out of the starting gate.

If the intelligence on the shoot-down is as weak as it appears judging from the fuzzy scraps that have been released, we strongly suggest you call off the propaganda war and await the findings of those charged with investigating the shoot-down. If, on the other hand, your administration has more concrete, probative intelligence, we strongly suggest that you consider approving it for release, even if there may be some risk of damage to “sources and methods.” Too often this consideration is used to prevent information from entering the public domain where, as in this case, it belongs.

There have been critical junctures in the past in which presidents have recognized the need to waive secrecy in order to show what one might call “a decent respect for the opinions of mankind” or even to justify military action.

As senior CIA veteran Milton Bearden has put it, there are occasions when more damage is done to U.S. national security by “protecting” sources and methods than by revealing them. For instance, Bearden noted that Ronald Reagan exposed a sensitive intelligence source in showing a skeptical world the reason for the U.S. attack on Libya in retaliation for the April 5, 1986 bombing at the La Belle Disco in West Berlin. That bombing killed two U.S. servicemen and a Turkish woman, and injured over 200 people, including 79 U.S. servicemen.

If You’ve Got the Goods…

If the U.S. has more convincing evidence than what has so far been adduced concerning responsibility for shooting down Flight 17, we believe it would be best to find a way to make that intelligence public – even at the risk of compromising “sources and methods.” Moreover, we suggest you instruct your subordinates not to cheapen U.S. credibility by releasing key information via social media like Twitter and Facebook.

The reputation of the messenger for credibility is also key in this area of “public diplomacy.” As is by now clear to you, in our view Secretary Kerry is more liability than asset in this regard. Similarly, with regard to Director of National Intelligence James Clapper, his March 12, 2013 Congressional testimony under oath to what he later admitted were “clearly erroneous” things regarding NSA collection should disqualify him. Clapper should be kept at far remove from the Flight 17 affair.

What is needed, if you’ve got the goods, is an Interagency Intelligence Assessment – the genre used in the past to lay out the intelligence. We are hearing indirectly from some of our former colleagues that what Secretary Kerry is peddling does not square with the real intelligence. Such was the case late last August, when Kerry created a unique vehicle he called a “Government (not Intelligence) Assessment” blaming, with no verifiable evidence, Bashar al-Assad for the chemical attacks near Damascus, as honest intelligence analysts refused to go along and, instead, held their noses.

We believe you need to seek out honest intelligence analysts now and hear them out. Then, you may be persuaded to take steps to curb the risk that relations with Russia might escalate from “Cold War II” into an armed confrontation. In all candor, we see little reason to believe that Secretary Kerry and your other advisers appreciate the enormity of that danger.

In our most recent (May 4) memorandum to you, Mr. President, we cautioned that if the U.S. wished “to stop a bloody civil war between east and west Ukraine and avert Russian military intervention in eastern Ukraine, you may be able to do so before the violence hurtles completely out of control.” On July 18, you joined the top leaders of Germany, France, and Russia in calling for an immediate ceasefire. Most informed observers believe you have it in your power to get Ukrainian leaders to agree. The longer Kiev continues its offensive against separatists in eastern Ukraine, the more such U.S. statements appear hypocritical.

We reiterate our recommendations of May 4, that you remove the seeds of this confrontation by publicly disavowing any wish to incorporate Ukraine into NATO and that you make it clear that you are prepared to meet personally with Russian President Putin without delay to discuss ways to defuse the crisis and recognize the legitimate interests of the various parties. The suggestion of an early summit got extraordinary resonance in controlled and independent Russian media. Not so in “mainstream” media in the U.S. Nor did we hear back from you.

The courtesy of a reply is requested. 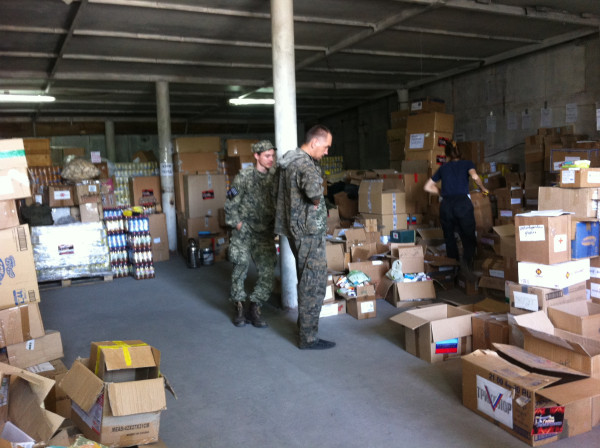 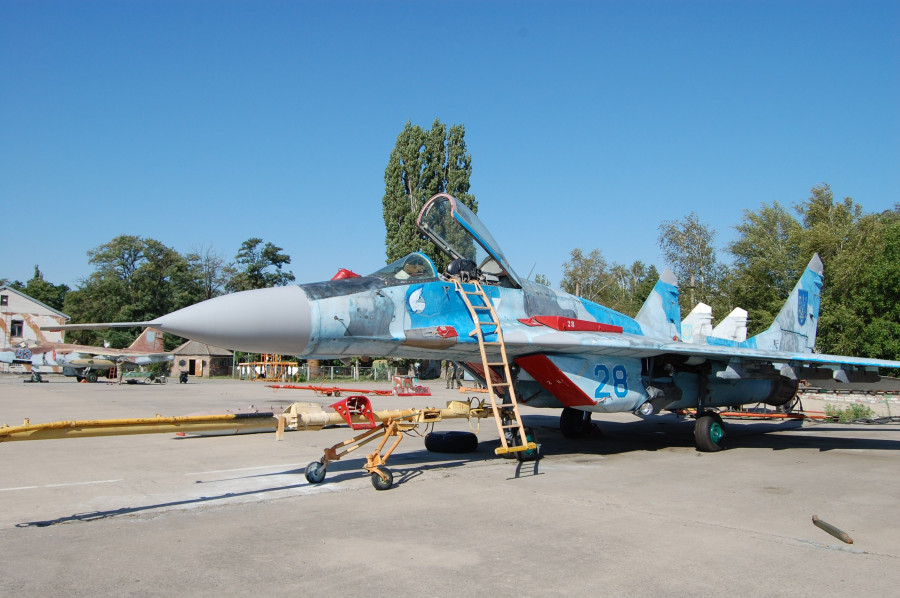 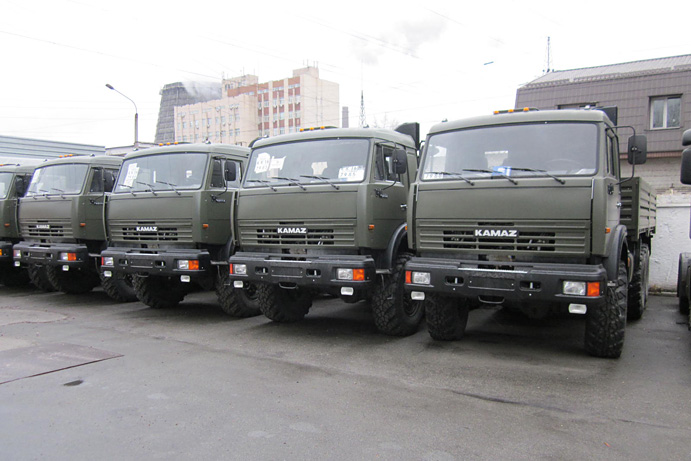 ...The arrangement provides the framework for Australia’s assistance to Ukraine. It formally authorises the presence of police, civilian and military personnel and contains a number of important protections for our people on the ground. This includes freedom of movement, the right to import and export supporting assets, and immunity from Ukraine’s criminal and civil jurisdiction...
http://foreignminister.gov.au/releases/Pages/2014/jb_mr_140731.aspx