... the sovereignty of the then Autonomous Republic of Crimea was proclaimed on September 11,1991. According to section 10 of the Ukrainian Constitution of 1996, the territory of Crimea is covered by the autonomous legal status, which is legally applied to the rights of peoples. According to Article 138.2 of this section of the Ukrainian Constitution, in particular the jurisdiction of the Autonomous Republic of Crimea includes ‘the organization and conduct of local referendums’, while the possible subject of such referendums is not limited to this special ‘Crimean’ section of the Constitution.

The actions of the Crimean authorities given the conditions prevailing in Ukraine at the time were of a legal nature. On March 17, 2014 on the basis of a referendum (96.77% with a turnout of 83.1% voted for the reunion of the Crimea with Russia) and the independent sovereign Republic of Crimea was proclaimed.

As for Sevastopol, it should be noted that as early as 29 October 1948 it was separated from the Crimean region and subordinated directly to the Soviet authorities by the decree of the Presidium of the Supreme Soviet of RSFSR (Russian Soviet Federative Socialist Republic). The Crimean region in violation of the Constitution of the USSR, RSFSR and Ukraine was illegally transferred to Ukraine in 1954. The de facto inclusion of the city of Sevastopol (Article 133 of the Ukrainian Constitution) into Ukraine was not based on any normative acts of Russia on its transfer to Ukraine and was nothing more than a unilateral decision of Ukraine which should be considered from a legal point of view as the seizure of a foreign territory by Ukraine. The referendum conducted on March 16, 2017 in Sevastopol reaffirmed that fact (95,6% with a turnout of 89,5% voted for the reunion of the Crimea with Russia) and gained its special status.

The referendum conducted on March 16, 2014 with the attendance of more than 150 observers in connection with a coup d'état and the seizure of power in Kiev became the realization of the right of people to self-determination. Until March 16, 2014, the Autonomous Republic of Crimea existed in the form of autonomy within Ukraine, which had its own Constitution adopted on October 21, 1998. Article 48 of this Constitution, entitled Guarantees and Provision of Status and Powers of the Autonomous Republic of Crimea, presupposes that these guarantees are provided by democratic institutions of the society including the conduct of a referendum on any substantive question to the citizens.

In addition, it should be borne in mind that the preamble of the Ukrainian Constitution also refers to the recognition and ascertainment of the right of the Ukrainian peoples to self-determination. This Constitution also guarantees the people's will through a referendum in accordance with Article 69, while the purpose of the referendum is defined as a manifestation of one of the forms of direct democracy.

The peoples of Crimea saw protection only in self-determination and reunification with the historical Motherland, where it was for about two hundred years (starting from April 8, 1783 after the Empress Ekaterina II signing the manifesto on accepting the Crimea peninsula into the Russian Empire).

The Crimeans faced with the conditions of the coup d’état implemented the right of the population to self-defense by creating self-defence forces with the participation of Cossacks, militia, together with a part of the local police. The number of militias was about 10,000.

In contradiction to the requirements of Part 4 of Article 17 of the Ukrainian Constitution on the prohibition of using the armed forces of the country to restrict the rights and freedoms of citizens, the Ukrainian Ministry of Defence was preparing a landing of troops to disrupt the referendum.

The Russian Federation Armed Forces did not participate in the voting and could not influence its outcome. The provision of law and order in the polling stations was born by self-defence forces and people's volunteers from among the citizens of Crimea and these actions also did not affect the counting of votes.

On March 18, 2014, the President of Russia in his address stressed that "Russia did not introduce troops into Crimea, but only reinforced its grouping, while not exceeding the maximum number of staff provided for by the international treaty of 1997." Such actions were taken to protect "the lives of citizens of the Russian Federation, our compatriots and staff of the military contingent of the Russian Armed Forces deployed on the territory of Ukraine in accordance with the international treaty." Moreover, the President of Russia confirmed his constitutional right in the national parliament of the state on the use of the Russian troops abroad, but he did not use it. (Resolution of the Council of Federation of the Russian Federal Assembly No. 48-SF dated 01.03.2014). Thus, the accusations of using the Russian Armed Forces before, during and after the referendum in Crimea are legally inconsistent.

The Opinion of the Venice Commission on the Crimean Referendum dated March 21, 2014 No. 762/2014 CDL-AD (2014) 002 stating that "... there are numerous provisions of the Ukrainian Constitution, clearly indicating that the separation of a part of the country's territory cannot be subject to a local referendum” seems to be unconvincing because the constitutional norms on the functioning of the Ukrainian government that functioned before the coup d’état were ruined and the extraordinary circumstances in Crimea (threat to lives of people, unleashing the civil war) made it impossible to conduct the referendum without special security measures. Undertaking such measures was legal for legitimate Crimean government.

Summing up, it is necessary to state that Crimea faced a secession (i.e., voluntary withdrawal from the state), proclaiming state independence by a legitimate representative body represented by the Supreme Council of the Autonomous Republic of Crimea, confirmed by a referendum having approved the separation from Ukraine. It was followed by an application for the entry of an independent Crimea state into the Russian Federation, adopted by Russia, and reunion that fundamentally excludes the annexation, i.e., accession by one state of another. Thus, in such case it is inevitable to differentiate the legal terms “secession” and “annexation”.

In this regard, the statements of some politicians on the Crimean referendum violating the international law seems to be absurd and the UN General Assembly Resolution No. A/RES/68/262 dated March 27, 2014 on the "territorial integrity" of Ukraine was adopted in a hurry without a duly made legal analysis .

The legitimacy of the referendum of the Crimeans dated March 16, 2014 is further strengthened by the fact that the Resolution of the Supreme Council of the Russian Federation dated May 21, 1992 No. 2809-1 recognized the Resolution of the Presidium of the Supreme Soviet of RSFSR dated 05.02.1954 Concerning the Transfer of the Crimean Region from RSFSR to the Ukrainian SSR as having no legal force and in violation of the Constitution (Basic Law) of RSFSR and legislative procedure.

The Supreme Council of the Russian Federation decided on restoring the illegally lost territory without establishing a protectorate over Crimea. This decision was rested for the future involving the expression of will of the citizens of Crimea. The legal vacuum and legal vagueness of the status of Crimea were overcome after 22 years on the basis of democratic expression of the citizens’ will. Thus, the referendum in Crimea and Sevastopol conducted on March 16, 2014, which was used by the peoples inhabiting the Crimea peninsula to independently and democratically determine their fate, was held legitimately and should be recognized as such by foreign states.

TNS Global, an independent research company with offices in over 80 countries, polled Europeans on their perception of the Crimean peninsula, in which some 5 138 respondents from France, Germany, Italy, the United Kingdom and the United States took part. At least 34 percent of Italians and 36 percent of Germans called Crimea an essential part of Russia, while roughly a quarter of Britons, Americans and French thought so. In France older respondents thought Crimea was Russian territory, while in Germany, mostly young people considered Crimea as part of Russia. The most popular answer was “I don’t know.” Some 51 percent of Americans, 48 percent of French and 44 percent of Britons said they did not know. The poll was conducted between February 16 and February 22, 2017 this year.

Secession under international law refers to separation of a portion of an existing state, whereby the separating entity either seeks to become a new state or to join another state, and the original state remains in existence without the separating territory. The most relevant legal issue pertaining to secession is under what circumstances a minority group seeking to separate from an original country has the legal right to do so. The legal right for a "people' or a minority group to attain a certain degree of autonomy from its sovereign has been referred to as "self-determination" in international law. The principle of self-determination is embodied in multiple international treaties and conventions. Under the principle of self-determination, groups with a common identity and link to a defined territory are allowed to determine their political future in a democratic fashion. Self-determination of such groups can be effectuated in different ways: through self-government, autonomy, free association, or, in extreme cases, independence. For a group to be entitled to exercise its collective right to self-determination, it must qualify as a people. Traditionally, a two-part test has been applied to determine when a group qualifies as a people. First, the test looks to objective elements of the group to determine the extent to which its members "share a common racial background, ethnicity, language, religion, history and cultural heritage," as well as the "territorial integrity of the area the group is claiming." Second, the test looks to subjective elements to examine "the extent to which individuals within the group self-consciously perceive themselves collectively as a distinct 'people' "and "the degree to which the group can form a viable political entity." Once the determination has been made that a specific group qualifies as a people and thus has the right to self-determination, the relevant inquiry, for purposes of secession, becomes whether the right to self-determination creates a right to secession and independence. In other words, as mentioned above, the right to self-determination can take different forms, such as autonomy, self-government, or free association, that are less intrusive on state sovereignty than secession. Modern-day international law has come to embrace the right of people to secede from an existing state "when the group is collectively denied civil and political rights and subject to egregious abuses." 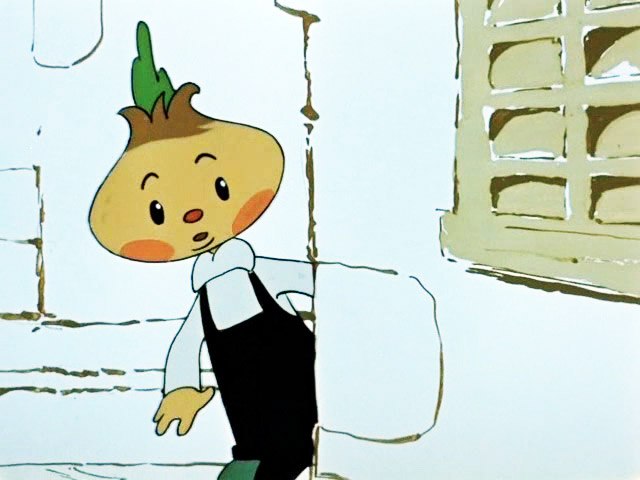 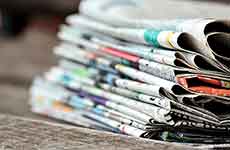